Real World: Ex-Plosion is the twenty-ninth season of the reality television series, Real World, which features seven strangers living in a house together as cameras follow their very move and interpersonal relationships.

This season marks many big changes to the show's format as it is the first season to feature a twist, which would be a continuing trend in the following seasons.

In order to boost ratings back up again, production made many changes to the show's format this season. This season drops the "This is the true story..." opening and was replaced with a new opening.

The season starts off with the original seven roommates getting to know each other for six weeks. They will then go on an off-the-grid vacation, only to be surprised by their exes when they come back.

The cast was free to pursue any work approved by production. None of the cast, with the exception of Jenny, chose to pursue any work. Ashley C. had a full time job at a San Francisco start-up that she continued during filming. Arielle pursued a film project. Jenny was hired as a go-go dancer later into filming.

The cast lived at 1244 Sutter Street in San Francisco. The house was the former location of the Avalon Ballroom. 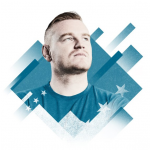